The battle against inflation remains the global financial markets’ primary concern. Although there are some signs of inflation easing, namely in commodity and food prices, core inflation remains high, and there’s evidence that price pressures are becoming more broadly based.

Historic drought conditions are plaguing swathes of the world and highlighting what we can expect if the world doesn’t get climate change under control. In Europe, the Rhine, which provides cheap transport to the region’s industrial heartland, is so low that visible are so-called “hunger stones”, which, when revealed, mark historic drought levels and warn of famine to come.

Just like the Rhine, the Yangtze, China’s most important river, is drying up, with dire implications for the transport of farm produce and hydroelectricity generation at power stations along the river.

California is also battling a record heat wave, with drought conditions this severe last seen centuries ago. Weather conditions are pushing the state’s electricity grid to the brink and putting farm workers and food supplies at risk.

Together these contribute to uncertainty regarding the outlook for soft commodity prices after they reversed some of the significant increases experienced after the onset of the Ukraine-Russia war.

Tight labour markets and strong corporate profits, which highlight that companies are passing on higher prices, contributed to US Federal Reserve’s caution in putting too much focus on the headline inflation rate retreating from a peak of 9.1% to 8.5% in July. More recent US inflation readings for August were still high and concerning with core CPI increasing unexpectedly 6.3% year-over-year and 0.6% month-over-month. The broader CPI showed a price increase of 8.3% year-over-year and 0.1%month-over-month. The persistently elevated inflation readings raise the probability that the Fed will follow through on a third 75 basis point increase, and introduces the possibility of a 100 basis point hike. Markets fell sharply after the inflation announcement. 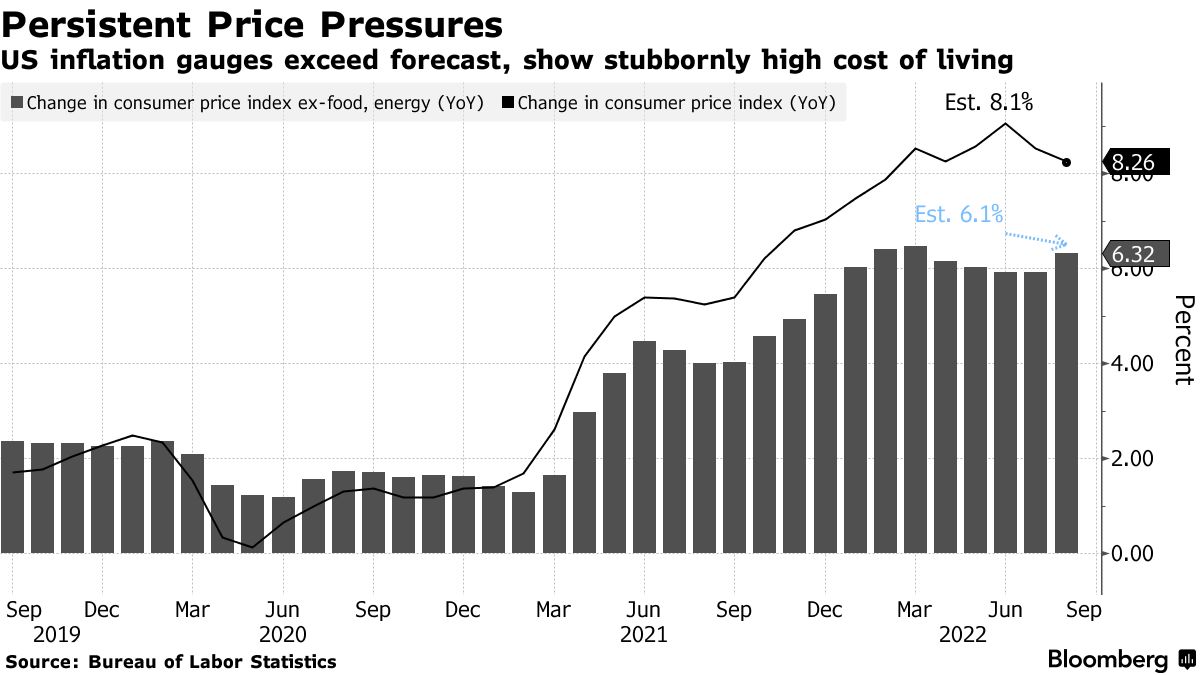 Instead of pivoting towards a less hawkish stance at Jackson Hole, the annual gathering of the world’s central banks, as the market expected, the US Fed, ECB, and other central banks maintained their ultra-restrictive stances, making it clear that bringing down the inflation rate was their priority and not economic growth.

The US housing market is bearing the brunt of the successive outsize interest rate hikes by the Fed, as it has led the way in advanced countries, with its 50-bp and then 75-bp hikes and more to come. House price increases are slowing, and Goldman Sachs expects home prices to move sideways next year. Mortgage brokers are facing tough times, perhaps even bankruptcy, as rates climb, and consumers become more reticent to take on mortgages when there’s no end in sight for rate increases. More over, frothy housing markets in Canada, New Zealand, and other countries are experiencing weakness, with predictions of price declines in the coming year.

The hawkish note at the Jackson Hole meeting has been carried through by the central banks that have met since then. On September 7, the Bank of Canada raised interest rates by 75 basis points after its surprise 100-basis point hike at the previous meeting. ING warns that, as a highly interest-rate sensitive economy, Canada will likely fall into recession late this year.

A day later, the European Central Bank lifted its official rate by 75 bps, highlighting there would be more to come. Europe is at the centre of the energy crisis after Gazprom finally shut off the taps for the Nordstream 1 pipeline – Europe’s primary gas source. The European Commission is currently putting together an energy package that protects consumers against sky-high gas prices. It is likely to cap prices and impose a windfall tax on all energy producers benefiting from the energy crisis.

The UK is also putting a cap on energy prices in advance of massive increases on the horizon as the Northern Hemisphere approaches winter.

Against this backdrop, most countries are seeing a decline in consumer demand. However, China is proving the hardest hit because of its zero-Covid policy, with significant contractions in import demand evidenced in the latest trade data. To counter the impact of a property sector that has come under significant strain over the past couple of years and a slowing economy, the Chinese government is engaging in stimulus measures that include lower interest rates and greater government spending on infrastructure. Challenges in the property sector intensified in August when mortgage holders refused to continue paying instalments after property developments had overextended themselves in building residential developments that they had sold before completion.

Against this perfect storm of economic challenges, financial markets have sold off across the board, with developed stock markets and China declining 2% to 3% during August and continuing their sell-off after Jackson Hole.

One of the only beneficiaries of the volatile and uncertain conditions has been the dollar, which has strengthened to below parity with the Euro and is strengthening considerably against the Pound, given the UK’s inflationary challenges and the likelihood of a recession. Emerging markets are also under pressure from the dollar and the risk-off sentiment that predominates in the current global financial market environment.