Investing In A World Of Contention 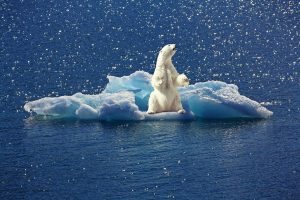 Investors waited with bated breath to see what would unfold at the G20 meetings at the end of June. All eyes were on US President Donald Trump and his side-line trade discussions with Chinese President Xi Jinping and cosy interactions with other leaders like Russian President Vladimir Putin and North Korean leader Kim Jong Un.

As it transpired, Trump did an about turn on Huawei, lifting the ban on US companies’ ability to do business with the global communications giant, and agreeing to hold off on imposing additional tariffs while the two countries engaged in trade discussions. His decision on Huawei was subsequently positioned as a loosening up of conditions for general merchandise and not national security-sensitive technology.

While a boon for the financial markets, Trump’s change in stance did little to lift the nervousness, uncertainty and unpredictability that has characterized global sentiment so far this year. Prime concerns are the global economy, which looks to be slowing, and mounting geopolitical tensions, particularly between the US and Iran. Donald Trump’s display of US military might during the US’s Fourth of July celebrations added to already elevated global tensions and concerns.

The generally difficult-to-read economic, political and financial market outlook hasn’t deterred stock markets, with the Toronto Stock Market Index gaining more than 15% for the year to date and the S&P 500 Index even further ahead this year, up about 19.5%, with almost 7% added in June alone.

The concern going forward is that eventually US businesses that rely heavily on trade with China will suffer from the ongoing trade war, which has yet to be resolved satisfactorily, as margins and profitability are eroded. Companies that stand to lose include Walmart, Apple and Amazon who will be hard pressed to maintain margins in the face of rising input prices.

The outlook for the big four tech giants, Apple, Amazon, Google and Facebook, also took a turn for the worst during June, with the looming possibility of increased regulation and anti-trust investigations. During the month, the US Department of Justice and the Federal Trade Commission divided up responsibility of looking into breaking up the market dominance of these of these tech giants.

The need to address the tech giants’ domination was first vaunted in March by presidential hopeful and Massachusetts senator Elizabeth Warren, who has promised to break up Big Tech if she is elected to the White House.

At the heart of the market uncertainty dominating sentiment this year, however, has been Trump’s trade negotiations, in which he is seemingly incapable of resolving any issues decisively, as well as being unwilling to compromise or negotiate rationally with trade partners.

As such, the United States-Mexico-Canada (USMCA) is still not ratified. While Mexico has signed the deal, Democratic lawmakers in the US are threatening to block its progress given concerns about the dispute mechanism plan. It now seems there is little likelihood that it will be voted through before Congress’ August recess.

For Canada, the energy sector came under the spotlight as debate centred on the pros and cons of Bill C-69, the legislation requiring regulators to evaluate major energy projects based on their impact on human health, the environment and local communities going forward. Industry participants and investors are convinced the new regulatory requirements will hamper Canadian efforts to bring alternative sources of oil to the market by making it harder and more time consuming to get new pipeline projects approved.

Another source of contention in the build-up to the Canadian elections in late October has been the Liberal government reapproval of the Transmountain pipeline expansion plans. The Liberals position the benefits of the crude-oil export project as the jobs it will create and the access to new markets it will give Western Canadian oil producers, while opponents to the expansion raise environmental concerns and point to the potentially adverse impact it will have on indigenous communities.

The Canadian Association of Petroleum Producers (CAPP) positioned the Trans Mountain expansion project as “critical infrastructure that will diversify markets for Canadian oil, create a stronger energy future and expand economic benefits for all Canadians.”

Climate change is stacking up to be a hotly contended election platform during the Canadian election cycle. The Conservative party published a 60-page report, in which it describes its stance as “green technology, not taxes”. The positioning document spells out Andrew Scheer’s plans for unlocking Canadian current energy resources, while transitioning to a renewable energy future.

Meanwhile, the Liberals remain committed to reducing carbon emissions by 30% below 2005 levels agreed to at the Paris climate conference four years ago – a target some see as unrealistic.

Against the backdrop of all the heated debate about Canada’s energy future and the impact this is having on the sector, the prevailing general economic conditions remain reasonable. The Canadian economy grew 0.4% on an annualized basis in the first quarter, up 0.1% on the fourth quarter of last year.

Labour market conditions remained the best on record in the first half of the year but did experience a dip in June. Unemployment rate edged up to 5.5% versus 5.4% in May and employment decreased by 2,200 after rising strongly in each of the previous two months.

There are some structural issues that could impact future growth, one of which is that companies are unable to find enough qualified workers to fill specialist jobs and thus many jobs are going unfulfilled for lengthy periods. Also, although the Bank of Canada has committed to maintaining an expansive policy stance, which should provide some support for the economy, it does not have the arsenal it would need to significantly buoy economic activity if needed.

Also a mounting concern is Canada’s deteriorating bilateral relations with China in the wake of Huawei senior executive Meng Wanzhou’s arrest on behalf of the United States late last year. Since then China has, it is believed, arbitrarily arrested two Canadian citizens, soya bean exports have inexplicably fallen off a cliff and China is raising concerns about the quality of Canada’s canola seeds and pork.

Canadian Prime Minister Justin Trudeau enlisted Trump’s help, asking him to discuss the two Canadian citizens under arrest during his meeting with Jinping at the G20, which Trump reportedly did do. However, China has subsequently accused Canada of being naïve if it expects enlisting the US’s support will help its cause.

Meanwhile, in the US agricultural conditions remain less than ideal, with concerns about the quality of corn crops coming out of the current growing season. According to Accuweather, there have been three straight weeks of historically poor corn condition ratings, with ratings coming in below 60% and deteriorating, well down on last year’s 76% rating. The poor quality of the crops is being attributed to the rainy and flooding conditions that prevailed during planting season.

With all the uncertainty and volatility that has predominated this year to date, it makes it even more important to focus on the long term. The issues that are swaying sentiment this year will inevitably be resolved, whether it’s due to governments coming to an epiphany on their own or due to citizens rising up in the streets and governments responding to the fear of being overthrown. Soon even the most stable democracies will be rocked by unease if these matters are not resolved. In the long run, however, sound companies will prosper notwithstanding the current turmoil brewing on these many different fronts.